Recording is nowadays easy and effortless. You can track guitar and bass even in your bedroom on a laptop and re-amp them during mixing. Why even bother playing all together as a band, while you can record each instrument separately. Mixing is when all the processing happens and so during recording no-one knows how the sound will turn out. By the end of this post you too can make your recording session much more pleasant and enjoy improved sound thru-out the session. You will also shorten the time needed for mixing and the amount of mix revisions as this is why music sounds better when you process the tracks during recording.

Never process the tracks during recording

The sentence above is pretty familiar to many musicians from the studio and as instructed by the mixing engineer. If you process too much or process the wrong way, the salvage operation during mixing might not be possible. So the exhortation is understandable, but where will it lead us and is there a downside to not processing during recording?

When you record the direct signal from the guitar, no-one knows how the guitar sound will end up. You have too many options added to your list-of-decisions during mixing. The situation is exactly the same with the bass. Or could this way of working be the result of being scared of making decisions? I remember the time when musicians were bold and daring, so when did they become indecisive sissies?

Rock and metal drums rarely work without processing. If we are certain that the high frequencies need boosting on the bass drum, why shouldn’t you do it already during recording? This would help us to hear the bass drum better to make sure that the patterns are correct. It’s not the best feeling in the world when during mixing we learn that the bass drum has life of its own and that life isn’t a very pleasant one. When the instruments sound more close to how they’ll sound after mixing, the whole recording process will become a much more enjoyable experience. 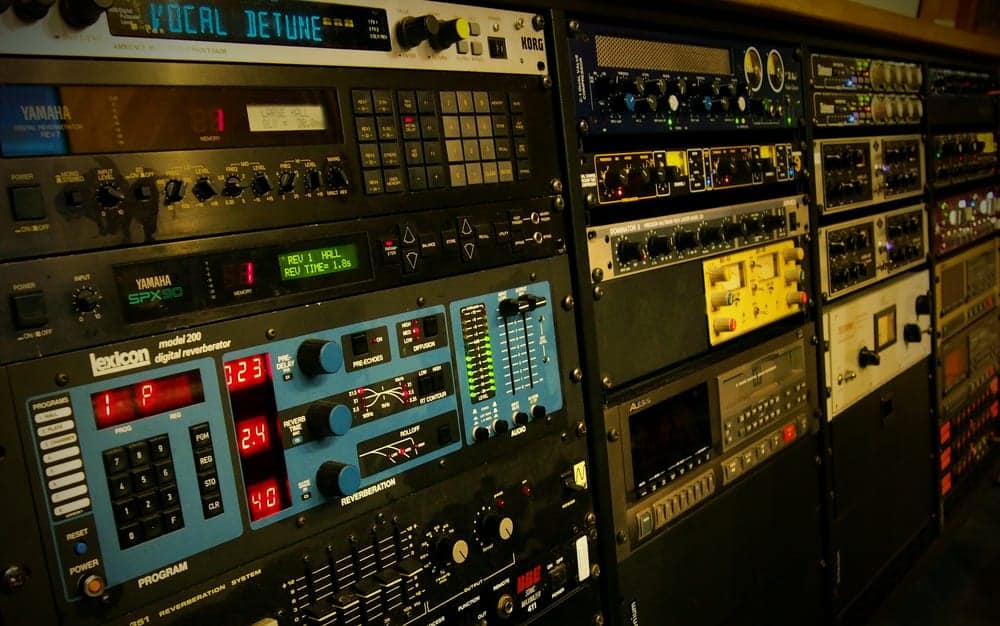 When you leave every decision to the mixing, it shouldn’t come as a surprise that mixing does take time. Will your song sound exactly like you imagined when you need to make hundreds of decisions and every decision counts? No-one knows if the song will turn out awesome until the first mix version is emailed to you to disappoint you. And which revision number ends up to be the final-final-final-final version that every member of the band ok’s?

For years, or actually I should say decades, I’ve recorded as final sound as possible. I started comparing how a song sounds when recorded without any processing to the processed recording. In computer recording especially there is a clear difference how processing with analogue equipment before the A/D conversion improves the sound. Oh yes indeed. You can easily spot the difference when recording instruments without processing, leaving all compression and eq to mixing using analogue hardware. Then record the same song using the mixing settings and mix it without any processing. Even though the settings are the same, the difference is huge! So it comes down to when the processing is done. 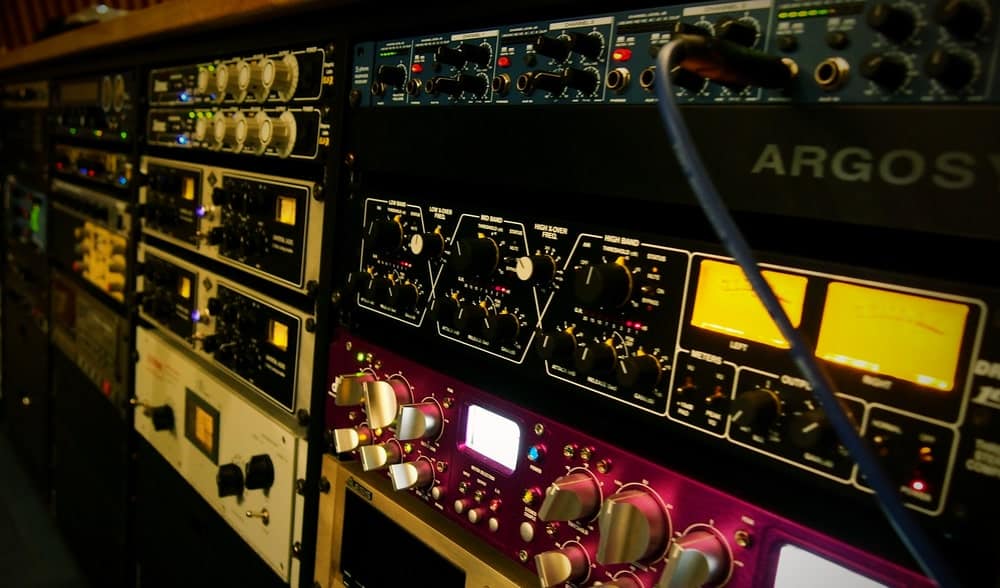 Does the processing even matter?

Actually I was so excited about the topic, that I just couldn’t resist making a demonstration video. I used my most favourite instrument, the most hardest band instrument to capture, which is the only acoustic instrument in a rock and metal; drums. On the video you’ll hear the drums captured using three different methods:

2) Recording on computer using hardware processing
This version is a computer recording and all processing is done using analog hardware before the A/D conversion. It was mixed without any processing by adjusting only volume and panoration. This is how I recorded sessions for many many years. Concentrate on the snare and especially the ghost notes along with the energy of the snare, the bass drum articulation and how the processed room mics bring more energy to the drums.

3) Recording on tape using hardware processing
This versions is identical to the 2nd version, yet the only difference is that instead of computer the drums are recorded on tape. I used over 20 year old tape that sounds a lot worse compared to the fresh new tape. Despite the old tape, the amount of details is significantly increased compared to the previous versions and the room microphones bring even more energy to the drums.

Let’s check my video with maximum focus and concentrate on the differences between the versions. If this was your band, which of the three would you rather listen thru-out the recording process? The version changes between four bars and each version is clearly marked with written info on the bottom left corner.

Why process during recording?

It’s nice to leave options for the mixing engineer and a non-professional can easily ruin a great take by incorrect processing during recording. To avoid the never-ending decision-making, mixing one song for weeks along with the endless mix revisions I recommend to process during recording. Record as final sound as possible and you will enjoy the recording process a lot more. This will also reduce the amount of disappointment when listening the mix version 1 as it will sound better.

If the drum sound will be killed using samples instead of real sound, then why not just use midi drums to start with. Even though the mixing will ruin the drum sound, you’ll enjoy recording the guitar and bass when the drums sound more like the final mix. So it is beneficial to process the tracks during recording.

For modern rock and metal drum sound, and why not few other genres as well, drum sound needs processing. Usually cut some middle and boost the high frequencies using an equalizer. Compress the bass drum, snare and toms to bring up both the energy and edge along with the led zeppelin-ish room tracks using a hardware compressor. If you leave the processing for the mixing, you can only guess how your song will turn out.

I usually do not use any mixing console eq or outboard eq on guitar and bass during recording and mixing. I’d rather tweak the sound source as long as needed to avoid the use of eq. I never re-amp and advice you to stay away from amp simulators. Please do understand that a simulation is merely a shadow of the real life equivalent of the real thing. A bit like a PlayStation car game isn’t necessarily equally cool as the driving experience of a muscle car. 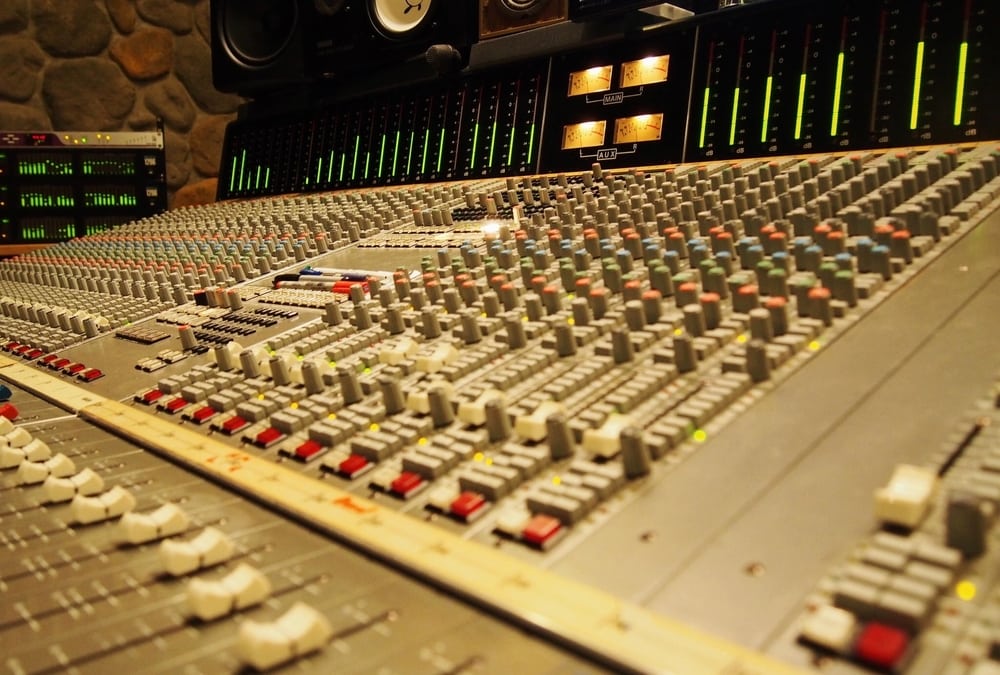 I recommend fast session to every band. As the sound I record is 95% final, thru-out the session you will hear how your song will sound after mixing. This will help us reach the goal and makes things not only simple but also fast. If something doesn’t sound right, we’ll tweak the amp or change the microphone until it sounds as it should. I think it is essential that every instrument sounds as good as possible. All the time.

In music too, every detail affects the big picture and you cannot make a great guitar sound without the bass. Every element is important and needs to work together with the others. A short example will make my point more clear. In 1994 I was told a precious tip that has helped me thru-out the years: never listen a track in solo as sometimes when it sounds awful in solo it can sound awesome in the mix. This is something you should put a lot of thought into as it has proved to be one of the best advice there is.

Recording as final sound as possible makes mixing a breeze. When mixing and mastering the songs I recorded on tape, I usually complete 2-5 songs per day. I cannot remember when was the last time I had to make a mix version 2. Unlike most mixing engineers, I do my best to have the band at the studio during mixing. This way we’ll make the possible changes before completing the mix version one and this leads to the result that satisfies every member of the band. 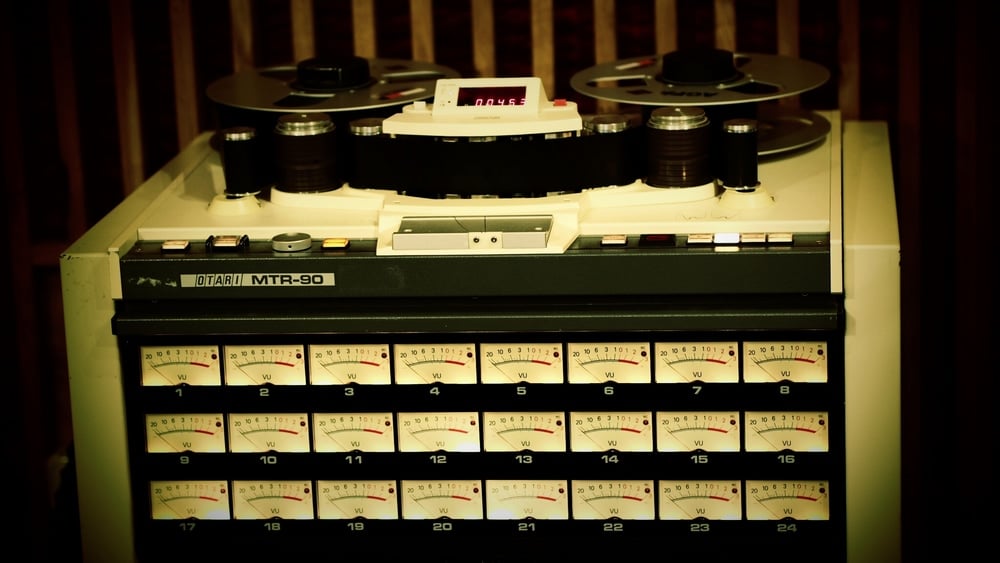 Every professional should process the audio during recording. If you are not familiar with it, I highly recommend to learn it. Even though the learning process isn’t the fastest and easiest, it will lead you to improve the sound. And luckily this isn’t CPR where someone’s life is on the line. It’s not everyday that someone will die because of the incorrect guitar track processing during recording.

The music sounds better when you’ll use a sound reference during recording. Especially if you are a beginner, compare the recorded sound to the albums you like. I do not recommend using Spotify or any streaming service that uses mp3 format. Use at least a cd quality reference. For many years I used Spotify as the sound reference and silently wondered how albums that I thought sounded great, were actually lifeless and lame. Luckily I fixed this too with a simple A/B comparison. Unfortunately many engineers use Spotify as the sound reference and there is a famous Finnish speaker manufacturer who demonstrates their top-end products using the not-so-high-end mp3’s…

Thank you for letting me guide you to the processing during recording. I hope my writing will inspire you and lead you not only to improve the sound quality but also the recording experience. You are warmly welcome for a tape recording session with me here at Astia-studio. Working with tape is fast and the sound quality will be a very pleasant surprise. Have you read my You Must Be A World-class Virtuoso To Record On Tape – And 4 Other Myths About Tape Recording yet?

Any cookies that may not be particularly necessary for the website to function and is used specifically to collect user personal data via analytics, ads, other embedded contents are termed as non-necessary cookies. It is mandatory to procure user consent prior to running these cookies on your website.