Isn’t music giving you goosebumps either?

Do you recall the time when you gave your full concentration to the album you just bought? The music was the only thing you focused on and no mobile phones were involved. While listening you only could only study the lyrics along with the cover art and all its symbols. But when was the last time you were listening to music while forgetting everything else around you? Isn’t music giving you goosebumps either? I hope my writing will help you too to get excited about music again.

Isn’t music giving you goosebumps either?

If you are a member of the Astia-studio’s innercircle or have read my blog you might remember how for 15 years I couldn’t listen to any music outside the studio A control room. That once the most dearest thing in the world had lost its grip and no longer had any emotional effect on me.

Even the most favourite albums from the teenage years felt lame. I often wondered how such empty and cold sounding music was once giving me goosebumps. Even when listening to them for some 20 seconds was enough and music no longer touched me.

Does this sound familiar?

It is so awesome to get to share with you how to restore that lost spark. A simple change made a huge improvement and I now enjoy music on a daily basis with maximum emotion. 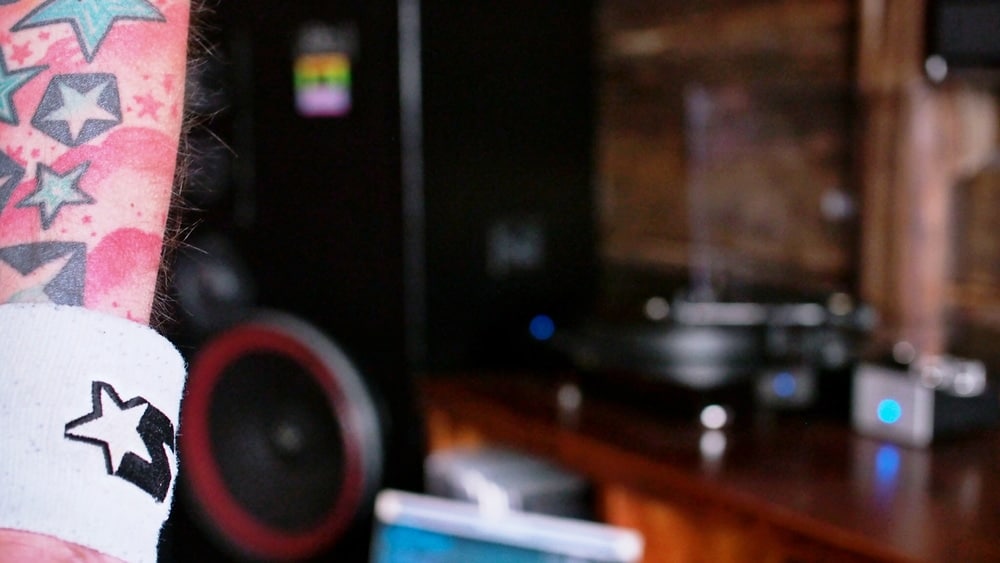 It’s not rare at all to bump into news about a study that says “If music gives you goosebumps your brain might be special“. I agree to a point, yet it depends a lot on the format you listen the music from. When it comes to those headlines, I am sorry to tell you that you are not so special after all..

A bit over 3 years ago we had just bought our first turntable and I wanted to buy a pile of classic albums to my girlfriend for her bday. Among the records was the touching Dire Straits‘ album Brothers In Arms. I dragged my girlfriend to the listening room and promised to play one of the most beautiful song of all times. By that I meant the title track of Brothers In Arms. We had heard it dozens of times before, but never from a vinyl record.

While listening the song I made a strange observation; in addition to the chills there was a tear in my eye and not only once but twice! I was amazed. Sure I knew the song by heart and how awesome it was, yet I wasn’t prepared to have such a powerful emotional reaction. This was something music hadn’t done in almost 15 years.

The crappiness of the classic albums

I never had a big brother or a father to guide me to listen to the classic albums. So just a decade ago I decided to dig into Led Zeppelin, Pink Floyd, The Rolling Stones and Jimi Hendrix for the first time. The listening medium of choice was the simple and easy Spotify. My first thought was: “Horrible crap! How can anyone say this detuned and rhythmically sloppy blues for geezers is what they call the classic albums?!?”

I was devastated and the only emotion I felt after listening to those so called classics was anger. The anger about how anyone could consider these as classic albums! I wish they’d given their tracks to me for editing. This way at least stuff would be both in tune and rhythmically accurate.

Please hold your tongue before you curse me into the abyss. My only defence is that back then I didn’t know any better and I was just glad that I hadn’t wasted any more time listening to such crappy music. 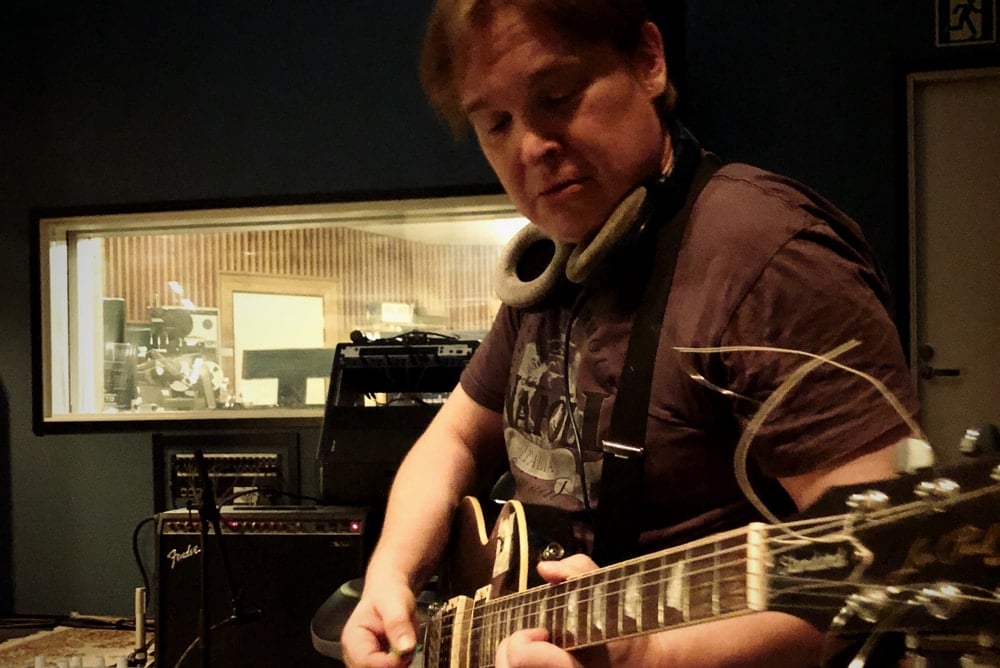 Pink Floyd: Dark Side of the Moon

So, I wasn’t listening to any music outside the control room for over 15 years. After the vinyl-record-bug bit me, that changed dramatically. Now me and the bands I work with listen one vinyl record during breakfast, 1.5 at lunch and usually after a 10-hour studio day one more.

My dear guitar-playing friend Mr Matti Hovi arrived to Astia-studio for a tape recording session and brought a 1977 pressing of the Pink Floyd’s legendary Dark Side of the Moon as a present. Both posters and one of the stickers was in mint condition and the record itself despite the age was scratch-free.

We completed the first session day and sat down on the listening room sofa to dig the record Matti gave me. I wasn’t too excited as I had heard it before and it was everything but a pleasant experience. To my amazement the album didn’t sound like the what I had listened from Spotify at all!

Dark Side of the Moon on Billboard 200

Did you know that this album spent 741 on the Billboard 200 list since its release in 1973? Let’s take it again and bit slower; it stayed there every week for 741 weeks from 1973 until 1988! Since then it has made several comebacks to the list and some time ago the list-week total was up to 917.

The amount of time it spent on the Billboard 200 was enough to raise my interest so that I decided to do as I did back when I was little. I saved my allowance until there was enough to buy an album which had to be choosen wisely. I wanted to buy at least 10 albums but only had the money to buy one. That album would be on constant rotation and I would listen to it both alone and with my friends to learn it inside out.

So I started listening Dark Side of the Moon with full focus from a vinyl record 1-3 times per day. My goal was to understand why it appears in the top3 on every single best album listing there is. What is the old geezers’ blues album all about and why do millions of people praise it? 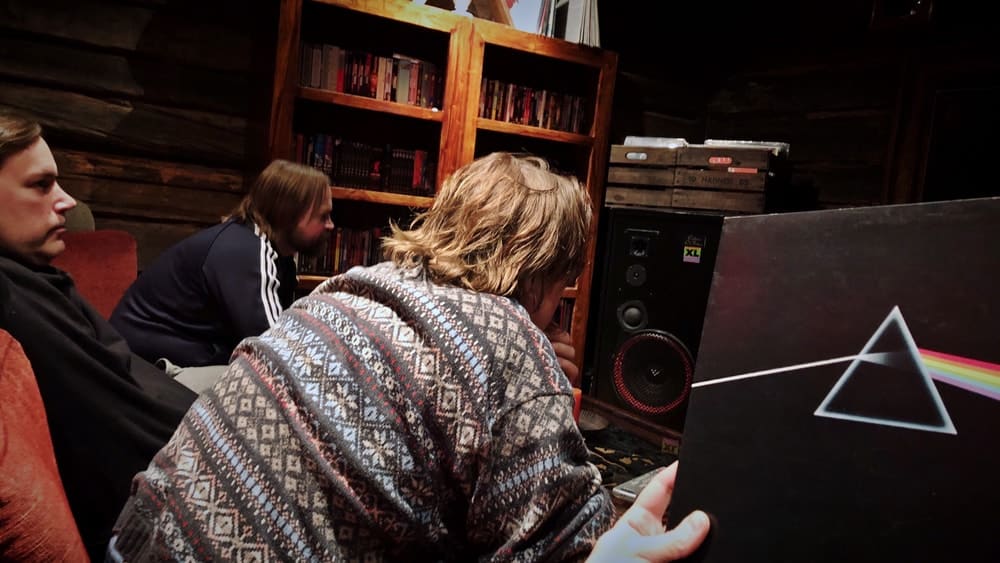 Approximately the 7th time I was listening the album something unexpected happened that totally caught me off guard. During the last bars of The Great Gig in the Sky, a song that ends side A, I burst into tears! Like really – a grown man was weeping like a small child. Luckily there was no-one around to see as it would have made me highly embarassed.

Few minutes later I got myself back together to change side B. Still confused by what just happened I continued listening. By the end of the final track Eclipse the very same happened again! I could neither control myself nor comprehend what was going on.

The strange emotional reaction was repeated on the exactly same spots the next time I listened the album. And that is what really raised my interest towards the phenomenon. While listening the album on Spotify the only emotion I had was anger. Anger towards the sad fact how so many people thought this crappy piece of an album was ever considered a classic! And now when listening the full analog signal path version I was having strong emotions that made me cry.

Why music makes us feel things? Why the reaction is completely different depending on the format? Does anyone else share these experiences? Is this why the vinyl records are gaining popularity?

A/B comparison between the listening formats

I strongly believe that we can solve nearly everything using a simple A/B comparison. So I started actively comparing different formats.

As described on Vinyl Records And How To Improve Enjoying Music blog post, music “loses the emotion” when it is converted to digital. Most of us have no idea about it as they listen using streaming service meaning that a lot of information is already lost.

Listening to full analog signal chain cassettes and vinyl records deliver that emotion. Digitally re-mastered vinyl record has already lost it like on 2016 digitally re-mastered version of Santana‘s 1970 Abraxas album. Compare it to the original and hear for yourself. A digital amp will reduce it while a full analog amp delivers it in its full glory.

Read more: Vinyl Records And How To Improve Enjoying Music 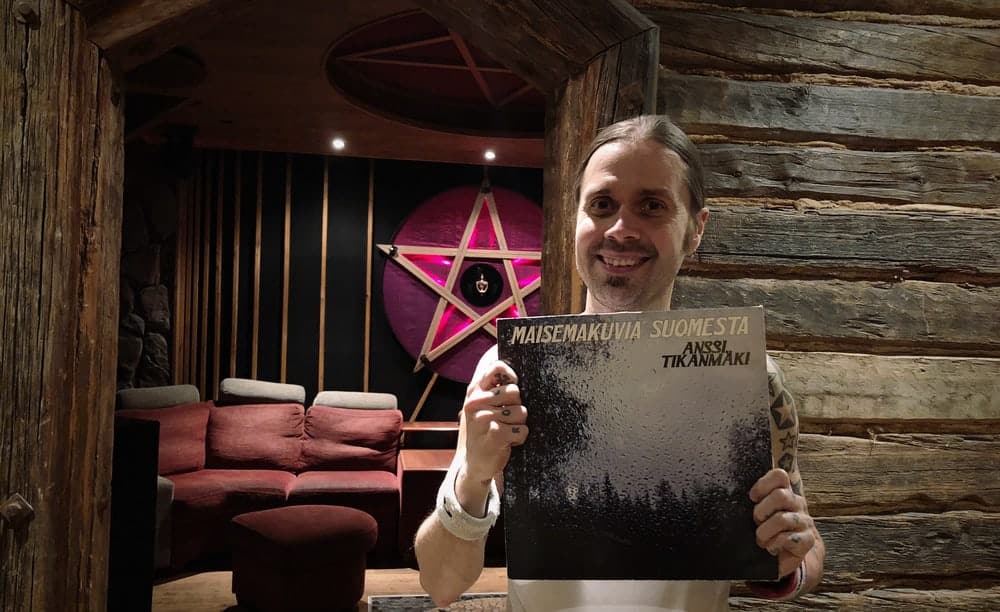 People seek more emotional responses. The popularity of the vinyl records has a lot to do with the emotion they deliver. Yet they as a format do not solve the problem. What makes it more complicated is that you need to keep the signal chain full analog from the very beginning to the end. A digitally re-mastered album or music that is originally recorded on a computer don’t sound too good on vinyl either.

Everyone who visits me will learn to spot the difference even during a brief visit. They also gain the understanding on why instead of files their vinyl records should be done from tape. Several of them say that they no longer want to have their music recorded on a computer after the tape session.

With my demonstration I have amazed many of the top musicians in Finland along with several university professors, researchers and even the head master of the university. None of them can explain the huge difference between the full analog  sound and the sound that’s been converted to digital at least once.

Did you know that cats and dogs tend to stay in the room where there’s a full analog signal chain music playing? When you change the sound source to digital the animals leave the room. The same phenomenon happens with digital and analog guitar amps. Do the test and get ready for a surprise!

Thank you for sharing my journey on how through vinyl records I found the joy of listening to music again. Nowadays I listen to vinyl records on a daily basis and slowly start to understand why the classic albums are considered as the classics. Music delivers more goosebumps when you listen to it from a full analog format.

If my experience sounds familiar, I highly encourage you to compare what the different music mediums deliver. The classic albums are considered as classics for a reason. If they sound lame to you, try enjoying them from a full analog signal chain vinyl record.

I cannot wait to reply your questions and comments so please do leave them below. Reserve a demonstration to the secrets of analog audio by clicking here. Thank you very much and all the very best!

52 shares
Manage Cookie Consent
We use cookies to give you the best experience; to provide functionality for the website, and for statistical and marketing purposes. You as a person won't be identified.
Manage options Manage services Manage vendors Read more about these purposes
Settings
{title} {title} {title}