You are most likely familiar with getting ready for recording. Are you among those who before the album session take a break from playing live to get a proper rest before recording? With the proper rest you have more energy to continue the music hobby, or wait, what… This time I want to share with you an important tip that will help you with the session. How to record more energetic takes and improve how solid your band plays is what this post is all about.

If you sing or play in a band you will benefit from reading this blog post. As a recording engineer you will get new inspiration and can share this energy-adding tip with your clients.

Several years ago I was talking with the members of Stam1na band and they said that after the tour they’d take a well-earnt vacation before recording the next album. After a proper rest they’d lock themselves at the rehearsal room to get back into shape. Once the songs started to sound energetic and tight they’d enter the studio and start recording. This is quite familiar to musicians who tour a lot.

Some members of the more underground bands on the other hand say they should first complete the album and then do some live shows. This way they’d have something to sell at the shows.

But how was it back in the days? Could we gain deep knowledge and better results from the time when many things were done differently? 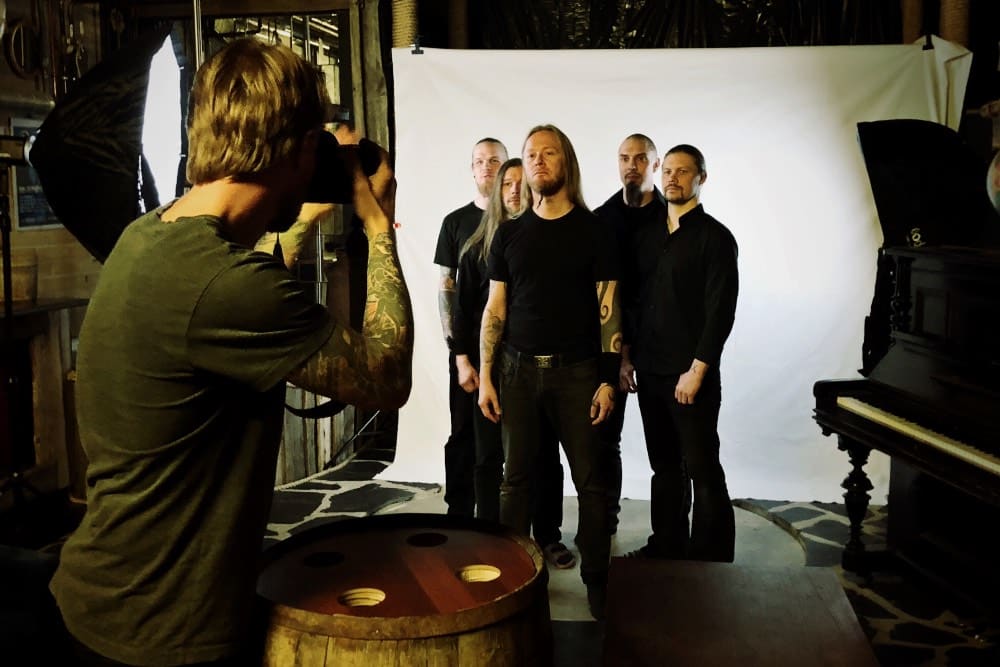 Once upon a time when there was no YouTube

My dear friend, session drummer Mr Toni Paananen is the most enthusiastic Frank Zappa fan I know. Toni has 114 official Zappa releases and during the past years he’s been collecting Frank’s live and soundcheck recordings. So far he has over 1.000 live shows on CD and the collection is constantly growing.

During the 60’s and 70’s many bands tested their songs live before the recording. It’s cool how on Zappa’s live show recordings an unreleased song is very far from the recorded version. The next night one part is different and several shows later it finally finds its form and ends up on the album.

If you’d perform a new song today, it immediately ends up on YouTube. This is why most bands prefer not to offer unreleased songs live. And this makes total sense. Mobile phones at the live shows have created interesting phenomenon, like it says on this Kaaoszine article.

We respectfully request that you please watch and listen to the show, not your phone. You will be ejected from the show without the opportunity to return and without a refund if you violate this simple request and elect to take photos during the performance. In the event of a personal emergency, phone use may occur on the concourse away from the performance area.
–Email for the Tool concert attendees / Exclaim.ca article

Not performing songs live before the album is out leads to an unfortunate result. On the tour after the album release the songs find their final form. Many of us know the feeling when the recorded version is far from final.

Wouldn’t it be awesome if you could get your songs to find the form that usually takes months or even years of playing them live? This is usually achieved by playing the song over and over until it becomes what it needs to be.

Rehearse properly before entering the studio

At some point recording sessions took a bit of a strange turn and I remember a plethora of sessions where the bands arrived for the session with little or no rehearsal at all. Sure we got many great albums out of those too, but ended up using a lot more time than on your usual album session. As time is money and the budgets today are only a shadow of what they were 20 years ago, you should do your homework properly. This way you’ll save time and money in the studio.

One of the recent sessions was an album recording in a day and the next day I mixed all 9 songs. Early next year there’s another album session with the same schedule and these are the sessions I personally enjoy the most. The band in a way comes to the studio to perform a live show and I capture it on tape. I don’t think the music could be any more honest.

Recording live doesn’t work for all genres so for example I wouldn’t necessarily recommend doing a technical metal album that way. Then again all genres benefit from the time spent at the rehearsal room before the session. Sending mp3’s is easy and it’s unfortunate how often it has replaced the band rehearsals..

Stand out from the masses in a positive way and spend more time at the rehearsal room playing with your dearest friends. Goth you and your band will benefit from it.

The following tip will not only make your studio session faster as it will also make you sound solid and deliver energetic takes already during recording. 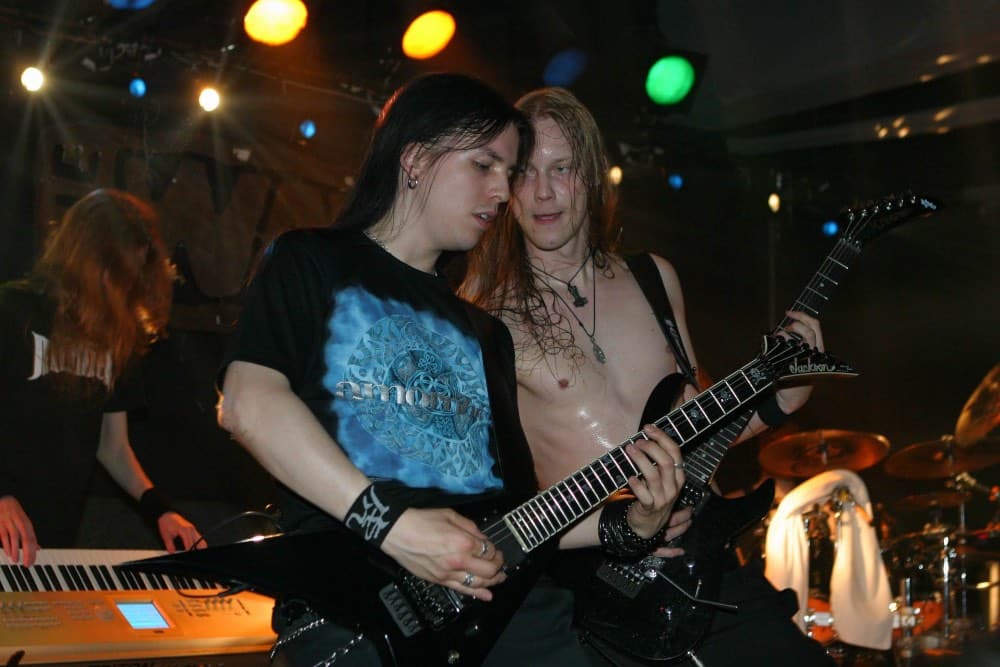 Enter the studio right after the tour

The more live shows you play the more solid and energetic takes you can deliver. After the tour you are at the peak of your performance and that’s when you should use the momentum in studio. I think having a vacation after the tour would be a huge waste. This way you need to spend a lot of time and effort to gain it all back again.

As explained on my Avoid This Common Mistake When Recording Guitar blog post, Endstand band arrived to me for a session right after a two month European tour. I was totally blown away by how solid they played and how energetic takes they delivered! We recorded the album in a couple of days and it remains one of the most energetic that I’ve had the chance to be involved in.

Children Of Bodom arrived to me after playing plenty of live shows to record their Hate Crew Deathroll album. They played super tight and delivered highly energetic takes that you can sense when listening to the album.

Once we got back from Japan and Taiwan shows where I was mixing Norther we locked inside Astia-studio to record their hit song Frozen Angel. They played solid and tight thanks to the live shows and you can hear it from how the song sounds.

When Ensiferum started recording Two Paths album with me, during the first two weekends they “relaxed” by performing live shows around Europe. Playing live shows before and sometimes even during the studio session can improve how solid and energetic your band plays. 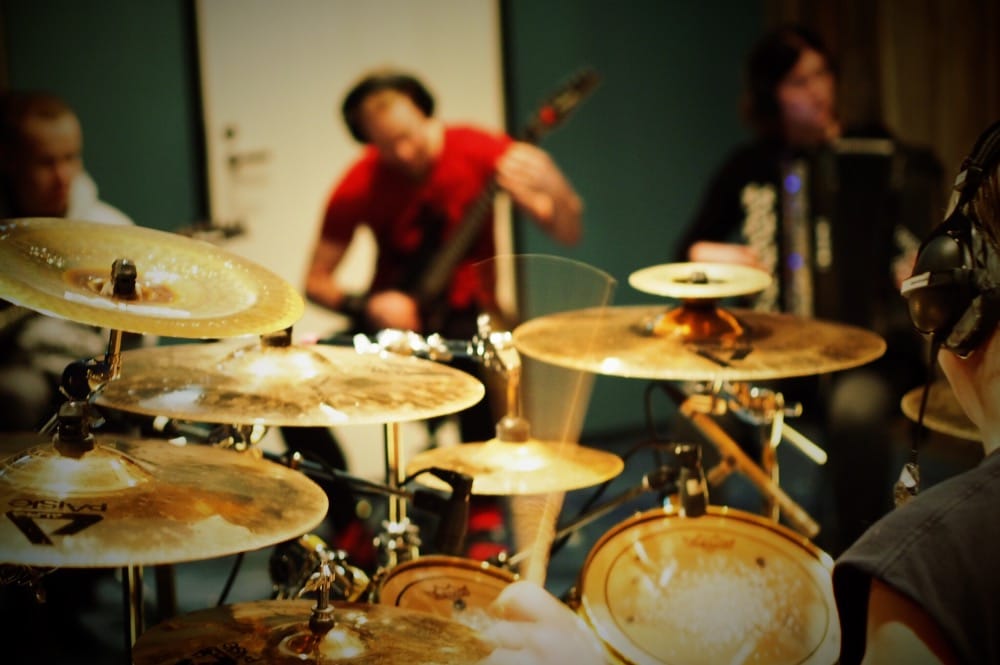 I highly recommend you to try recording after a tour as it will save time from rehearsing. You are also able to deliver such an energetic takes that are almost impossible after a longer break.

Oh yeah, and the Stam1na band took my advice seriously. Right after the summer tour they went to record the Nocebo album. Since that they’ve entered the studio right after the tour without a vacation.

Thank you for reading my tip on how to record more energetic takes and improve how tight your band plays. I warmly recommend you to use this basic idea. If this post was helpful, please share it on social media. This way you will help your friends to benefit from the information.

To capture the energy of your band in the best possible way, contact me privately by clicking here and let’s continue from there. Thank you very much and all the very best!

0 shares
Manage Cookie Consent
We use cookies to give you the best experience; to provide functionality for the website, and for statistical and marketing purposes. You as a person won't be identified.
Manage options Manage services Manage vendors Read more about these purposes
Settings
{title} {title} {title}